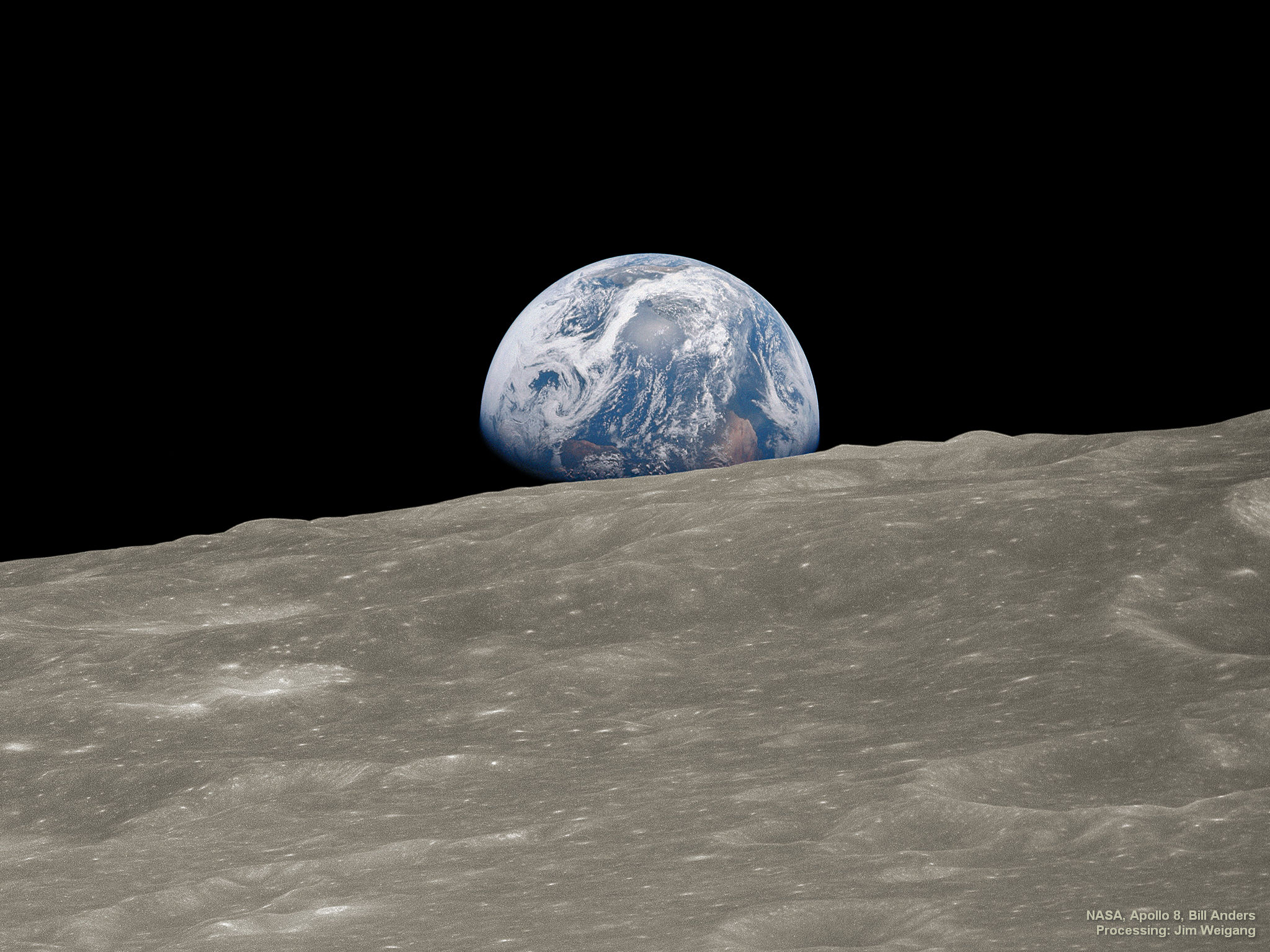 A Christian Sermon on Earth Month

On April 2, former co-director of GSI (and current co-farmer at Sister Grove Farm) Rev. Sarah Macias preached at Brite Divinity School. Read her whole sermon, including a call to do a new thing to reconcile ourselves to each other, the earth, and God.

It took the faith of a Pentecostal pacifist to launch the Earth Day movement. It also took a set of new eyes that the people of the world had just been given. Through the lens of a camera held in the hands of an Apollo 8 astronaut, we saw things in a new way.

The photograph is called EarthRise and – on December 24, 1968 - with the opening lines of Genesis crackling over the airwaves as if from heaven – we saw Earth - the planet we call home - in a way we never imagined.

John McConnell put that blue marble on a flag and it has been flying over the environmental movement ever since.

There is much good that has already been done under that banner. Landmark laws so that we can have clean water and air, legislation so that we can protect endangered species, regulations so that we can tighten ozone standards. But I don’t need to tell you that even with the raised public awareness and moral actions that have already resulted from fifty years of Earth Days, we are not where we need to be. Not yet. Not by a long shot. Read the whole sermon here.