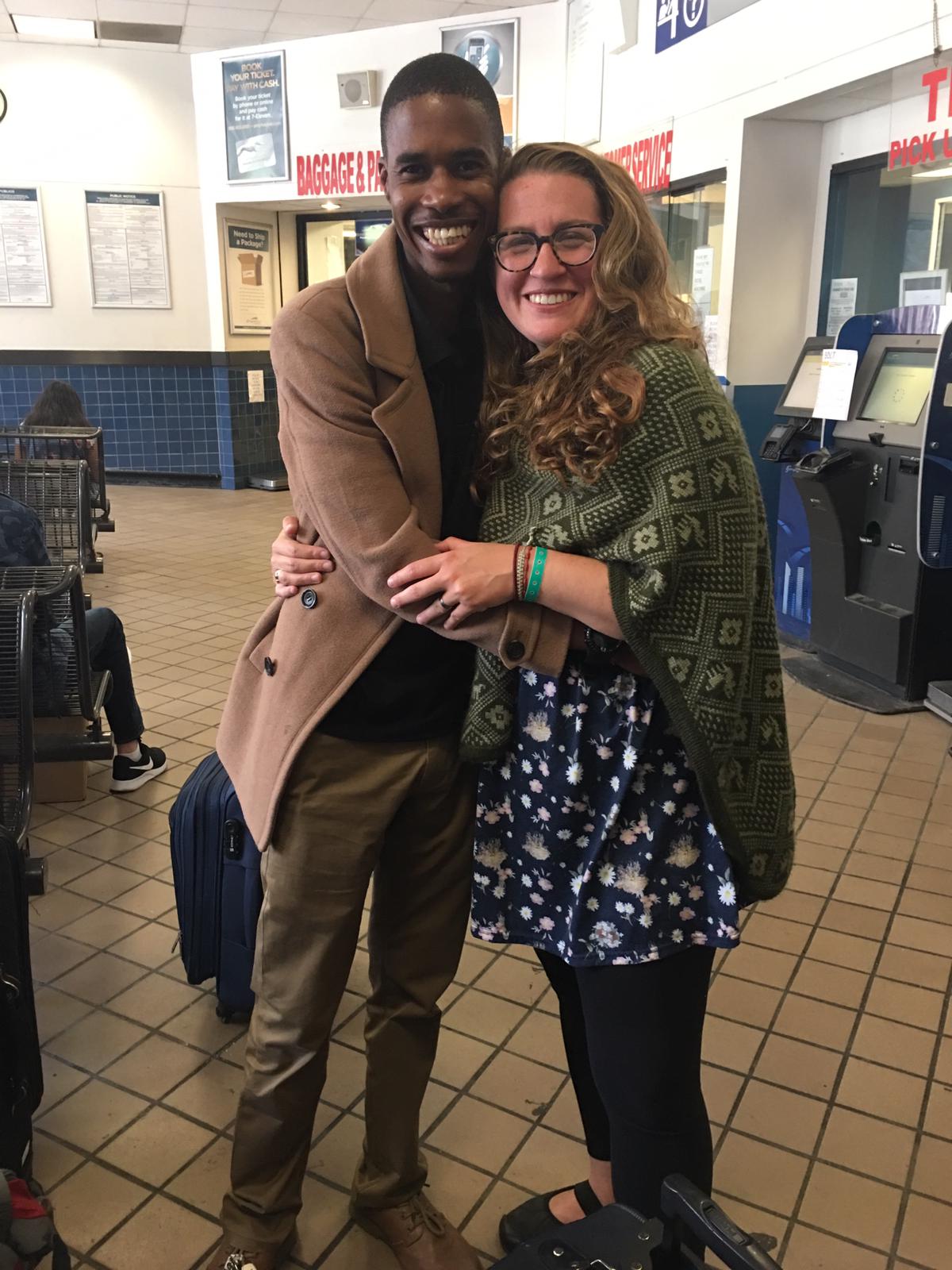 Ecological Theological Education -- from Zimbabwe to the United States

In March of 2018, I was a participant in the Global Ecumenical Theological Institute in Arusha, Tanzania, as part of the World Council of Churches’ gathering. I went as part of my work with Green Seminary Initiative, but also as a representative for GreenFaith and my own research as a PhD student in Religion, Culture, and Ecology at Drew Theological School. It was a lot of hats to wear, and deep down I was feeling so grateful for the opportunity to travel to a new country to learn from colleagues and scholars from around the world. I scrambled to get tasks completed (including a e-newsletter) so that I could focus on the opportunity ahead.

I made fast friends with many of my fellow students. Our sessions were between multiple buildings on a sprawling conference center campus, so in between sessions we walked and talked. One afternoon, I was walking with Father Roderick Wallas. I asked him what he does when he’s home, and this is the conversation that followed.

Father Roderick: I teach eco-theology at a seminary in Zimbabwe.

Me: Oh! That’s amazing. I’d love to learn more from you. I currently work with seminaries to help them be more sustainable and ecological.

Father: Hm… Do you know about the Green Seminary Initiative? I think they would be an excellent resource for you.

Father: No. Green Seminary Initiative. (He pulls up his phone and shows me the most recent e-newsletter… the one I sent from the airport while I was waiting for my flight to Tanzania.)

Me: Yes. Green Seminary Initiative. That’s our work! Look! That’s my name at the bottom!

We laughed, in wonder at how our worlds could collide so miraculously. Our conversation continued that day and into the following days. And then, we went back to our homes and continued our friendship.

Later that evening, Massy wrote a reflection on the work ahead:

"I was thinking seriously of the 4 Rs we discussed and the exercise we did as a group. That exercise made me to think critically of what we want to achieve as Green Faith Fellows and the Organisation at large. The 4Rs are a reality of the world we are living in. Within our various faith belief systems we all are affected one way or the other.

Sometimes, it is the policies which governments formulate which are not user friendly or are in tandem to the threat we are facing as humanity owing to Climate Change. I remember, in our first retreat we went on a tour of some of the companies in Newark area and how they are contributing to air pollution and the environmental hazard they are creating. Also, our policies here in America are downplayed or rather suppressed by the policy makers especially those to do with Climate Change and that are environmentally related. The United States of America is a superpower and that we cannot deny but also it has its own sabotage which it has sponsored in the international arena.

Remember, the change of administration from the Obama administration and the now Trump administration did not only hit the American people but even us in the Global South when America decided to pull out of the Paris Agreement. Then with what I saw on our first retreat and considering how industrious America is it got me thinking what then a small country such as Zimbabwe would react and act when a bigger brother such as America is on the forefront of misbehaving.

I fully understand that here in America making protests towards something is something Constitutionally guaranteed of citizen, all civil society organizations and religious organizations but the situation is totally different when it comes to us in the Global South particularly us in Africa. To protest against the government is tantamount to signing death warrants for the generality of the protestors and people at large. We still wonder as to why America would pull out from an Agreement such the Paris Agreement. To me that made me see ourselves as REFORMERS owing to how slow but steady way of change our political and even our Faith Based Organizations (FBOs) take. Our voice counts in policy changes and passing of new legislations. We have had the Climate Change Interfaith Summit held here in America for years now. Then we have the RESISTERS from a country such as America which is doubting the reality and possibility of Climate Change. This we have seen with how the Trump Administration reacted. The Paris Agreement ushered a new sigh in asking all superpowers to own up to their massive greenhouse emissions which are proportionally high as of compared to small countries such as Rwanda, Zambia and Zimbabwe. The IPCC report can attest to this. Where the whole world is at the present moment is in RECREATING AND REIMAGINING things.

That is why we have the United Nations Sustainable Development Goals. In reality these are initiatives to usher new solutions and what we are doing as Green Faith Organisation for instance. We acknowledge that the Earth is groaning and we need to ACT by embracing new innovations, social entrepreneurship, testing new technologies and methods. Our visions are much wider now as we are now part of Green Faith International. We envisaged the already danger owing to Climate Change and how we must react at an international scale. When we went to Nairobi, Kenya as Green Faith Organisation we were joining hands of other Faith Based Organizations which shared the same visionary line of thinking as ours and trying to knock some sense to World Leaders at the United Nations Environment Assembly to realise that Mother Earth is already is a dire need of our help and that our snobbish approach must be put into something tangible and Actionable.

It’s me just thinking aloud. But, I think what we have been discussing as Fellows and Organization is really leading us to wake up from the slumber of our comfort zones as Faith Belief Organizations (FOBs) in order to fight for Mother Earth."

So: here’s the work of theological education. Time to get out of our own little worlds and listen to others working and dreaming and writing in other worlds. Together, we can wake up and fight for a better world for us all.