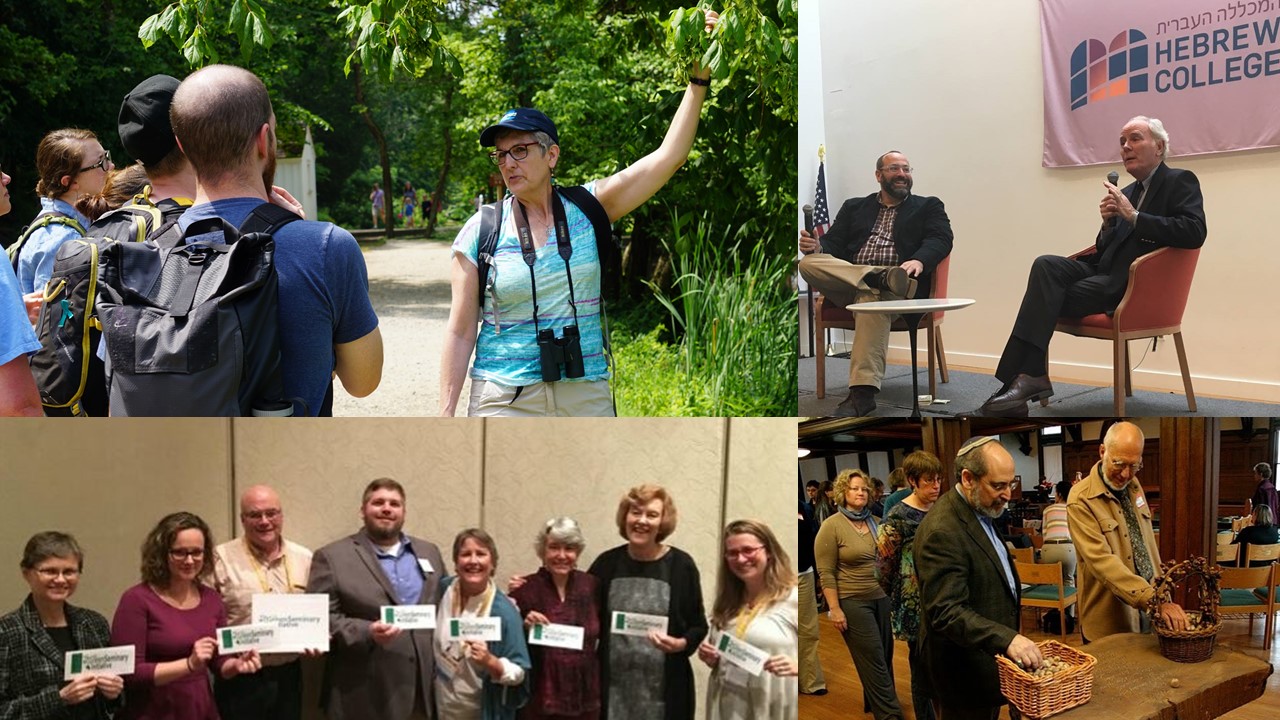 In 2018, the Green Seminary Initiative reached a significant number of seminary faculty, administrators and students through conferences and through the Seminary Environmental Certification Program.

Throughout the year, GSI co-directors Rev. abby mohaupt and Rev. Sarah Macias have worked with the eleven schools enrolled in the Certification Program. These schools have conducted their initial self-audits and developed their action plans, and are now implementing their plans and reporting regularly to GSI about their progress in the five areas of the Certification Program: education; liturgy, ritual, and worship, buildings and grounds, community life, and public leadership. The eleven schools are:

During the year, mohaupt and Macias were able to conduct site visits to eight of the eleven schools. Each site visit included conversations with students, faculty, and staff about their progress in the certification process, what resources and support the school’s green team needs, and celebrations of each school’s accomplishments.

Additionally, each month, we have organized a video call for members of the Green Teams of schools participating in the Certification Program. Between 15-30 people have participated in each call. The calls have been organized around mentoring and teaching by a subject matter expert about a specific area of the Certification Program. Highlights from these calls include mentoring by Colby May on energy management, Ciannat Howett on water conservation, Sarah Withrow King on food and eating ethics , Heather Elkins from Drew Theological School on worship. Each call also included a detailed progress report from one school, and time for networking and sharing of updates by all participants. For example, the three students who lead PLTS’ Green team shared highlights of their work and the series of school-wide planning retreats which they organized. Garrett-Evangelical’s Green Team shared about its extensive green liturgy initiative. Boston University’s Green Team shared how they have undertaken building renovations to lower their campus’ carbon footprint.

GSI also distributes a monthly e-newsletter to more than 450 seminary faculty, administrators and stakeholders, highlighting the work of a school in the certification process and identifying key resources for seminaries. Each year, GSI also shares an extensive list of AAR/SBL sessions on the environment in an effort to encourage seminary faculty and students to learn more about the link between the environment and their subject areas.

In September Dr. Laurel Kearns met with Christian Theological Seminary faculty to help them brainstorm about their courses while giving a lecture nearby. Both Dr. Van Meter and Dr. Kearns are finding increased opportunities for conversation with theological faculties exploring ways to increase ecological engagement as one helpful product of this grant.

In early November, co-director abby mohaupt, GSI co-founder Laurel Kearns, and GreenFaith Executive Director Fletcher Harper led a workshop on the Seminary Environmental Certification Program at the Parliament of World Religions in Toronto. More than 20 people (from Canada, the US and Europe) attended this workshop. The workshop was titled “Green Seminary Initiative: Nurturing Future Faith Leaders to Lead Their Communities,” and focused on the ways that GSI equips seminaries with the tools and resources necessary to care for the environment by sharing case studies from the Seminary Environmental Certification Program. At the end of November, GSI had our annual breakfast at the American Academy of Religion, with about 20 people gathering to talk about the past, present, and future of GSI.

Finally, at the end of 2018, we said goodbye to Sarah Macias as a co-director, wishing her joy and care as she develops new projects. We moved, then, to abby mohaupt as the director of GSI. We look to 2019 as a year when we will develop more resources, support schools both in and out of the certification program, and work for a more sustainable world.